How Important Is the Lift Capacity of a Dispatch or Command Center Console? (NEW VIDEO) When you're shopping for a new dispatch or command center console, you want to get something that will hold up to the abuse of a 911 dispatch center. Let’s face it; 24/7 use is tough on any equipment. The actual furniture itself takes even more abuse with the constant physical contact.

There are many critical parts of the furniture to think about when focusing on durability (finishes, trims, structure, etc.). But, the one that I want to talk about here is lift capacity.

Most  911 centers and command centers have height-adjustable dispatch consoles. Many of you have had problems with the legacy stations not working due to issues such as:

What usually causes these problems? Will a console with more lifting capacity fix it?

I understand when operators want to avoid the pain of a broken console. After all, it is a HUGE annoyance to try and figure out what is wrong and then try to get it fixed. So, can you avoid the issue by over-engineering the console? For example, why not get a console that’s capable of lifting 1,000 pounds if you only have 200 pounds worth of monitors? This way you will never stress the system and never have any problems.

It sounds reasonable, but this is not all true. All of the lift columns on the market today have a “duty cycle.” The duty cycle is defined by how long it can move up and down for a certain amount of time with a certain amount of weight. Once it reaches the pre-programmed limit, it will stop itself until it cools down. This prevents people from riding up and down on it just for fun. This also prevents mechanical problems from occurring.

So, your console will not just break from too much weight.

Most consoles will push about 360 pounds of weight. This is plenty when you consider what is going on them. To further explain, let’s break down the weight that they have to carry:

So, the approximate total comes to around 175 pounds, and very rarely will it be much more than 200 pounds. Which means that you are in the clear with the total weight, as the lift columns are designed to handle this.

Are there any disadvantages of a heavier lift capacity?

A disadvantage of a heavier lifting capacity is that the consoles will have a much slower rate of movement. The lift columns have the same internal mechanisms except they are geared slower. They have the same motors, the same power, and the same bushings. Be sure to take into consideration, if the table is slow to raise, the dispatchers will tend not to use it as much. This takes away the benefits of being able to stand at work, let alone just getting it to fit for sitting.

One other disadvantage is that the slower, heavier weight lifting columns do not have collision detection. This means they cannot sense a chair or even worse someone’s leg, like the lighter weight columns do.

To Sum it Up

All of the systems out there can handle the equipment load as well as the occasional joy ride on the surface. Just be careful not to believe that heavier duty is better. If this were case, we would all be driving F-350 pickup trucks everywhere. 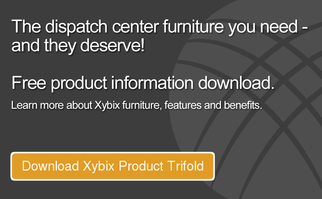