Is your dispatch console leg room first class or economy? Xybix recently released its new TSeries dispatch consoles and made some improvements to its workstations, but the one improvement that really grabbed my attention was the anti-hindered, extended wide open leg room. By now, most dispatchers have heard, “leg room is important” or “you’re going to want room to stretch out”. Whatever the case may be, we get it, with many 911 dispatch shifts of 10-12 hours, you’re going to need to stretch out! The closest I ever get to having cramped leg space is on an airplane. And while transit time is usually quite shorter then dispatch shift time, the cramped conditions can be one in the same. Now, at 5’4” I am a bit shorter of a female, but not super short and I LOATH the economy seats in the back of the plane. It’s not that I don’t fit in these seats, it’s just that if I want to stretch my legs, I just can’t seem to do it without bumping my knees on this or that. And when I finally do manage to stretch my legs, the uncomfortable feeling of the persons seat, in front of my seat, digging into my shin is enough to make me sit back up straight. This perfect posture isn’t too bad on a short two or even three-hour flight, but what about longer? What about an eight-hour flight overseas or a flight to Hawaii? Or your 10-hour dispatch shift?

That’s just a shift, now what about day-in and day-out 365 days a year? When I’m working, I don’t know about you, but my posture isn’t that excellent and from time to time I like to slouch, turn sideways and move. (when I’m not standing of course (wink…)) So back to the airplane. Sure, those economy plus seats offer more legroom and give a bit of relief from the pains of economy, but, to be honest they’re not the comfiest either. Let’s get down to brass tacks here, what do we all hope and dream for every time we board a plane or are anxiously waiting in the boarding area? That’s right? THE UPGRADE! A first class seat with your name on it! What’s it like? Well in first class, among many things, the seats are bigger, the leg room is more than ample and there is no question, that this is how traveling is supposed to be.

So, think about your dispatch console, would you rather an economy version, economy plus or first class. Long flight, long shift, don’t you want to have the ability to stretch out? Take a look under your console, are there obstructions you can bump your knees on, is there something that will make you feel like you’re back in that economy seat on the airplane? Think it doesn’t make a difference? Well, that 10 to 12-hour shift will be a hell of a lot more comfortable with the leg room of first class wouldn’t it? The next time you choose a dispatch console, think about the leg room, would you rather economy knee clearance or first class? 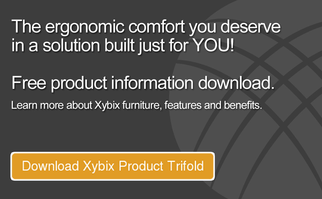